In this inaugural Learning Lab episode, host Celina Bley sits down with TxSSC's Associate Director of Readiness, Nate Turner, to discuss the new Intruder Detection Audits and what the audits aim to accomplish. 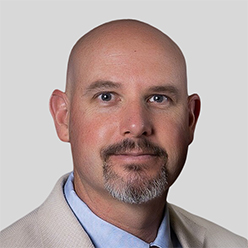 Thomas Nathan “Nate” Turner, Jr. is the Associate Director of School Safety Readiness at the Texas School Safety Center, located at Texas State University in San Marcos. Nate oversees the review of emergency operations plans, collection of school safety and security audit results..., and the operation of the current intruder detection audit program for public K-12 ISDs and charter schools. Prior to moving to San Marcos, Nate served as the Director of Safety and Security for Pecos-Barstow-Toyah ISD and spent five years as an Assistant Principal for Brazosport ISD. Nate previously spent nine years as a teacher with Burnet CISD, six of those years as an athletic coach. Prior to his career in education, Nate served our country as a Counterintelligence Special Agent in the U. S. Army and did one tour in Iraq in support of Operation Iraqi Freedom. Before enlisting into the Army, Nate patrolled the streets of Lake Jackson, Texas as a police officer. Nate has a master's degree in Educational Administration from Lamar University and a B.S. in Criminal Justice from Midwestern State University.
Read More >> 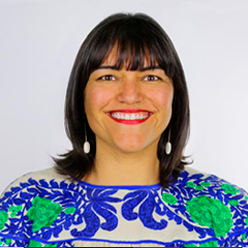 Dr. Celina Bley is the Associate Director of Training and Education at the Texas School Safety Center, located at Texas State University. She started at the Center in February 2019 and brings with her 18 years of district administrator experience in the Central Texas... area. She began in the field as a Communications Director and worked her way up to Assistant Superintendent of Finance and Operations which included school safety for a 6A District. She earned her Doctor of Philosophy in Education in the field of Adult, Professional and Community Education from Texas State University. Dr. Bley received her Master of Arts in Adult and Developmental Education and her Bachelor of Arts in German.
Read More >>